When asked to contribute something for a draft article for People Management on Networking for HR professionals (via the ultra cool and nice Grace Lewis), I went to town a bit.

I am a bit renowned for networking and certainly not one to hide my light under a bushel (a bushel is incidentally a UK measure of 8 gallons used for food and drink) I thought I’d draft out something. Well that something became a rather long thing. Grace used a few quotes but here’s my entire piece which I hope helps those out there wanting to improve their networking. Grace’s punchy article is here http://www.cipd.co.uk/pm/peoplemanagement/b/weblog/archive/2014/01/03/how-to-be-a-better-hr-networker.aspx)

Networking. It appears to have always been the case of “it’s not what you know, it’s who you know”. From pre-industrial nobles and royals networking across borders and clans to keep their interests, trade routes and marriage lines healthy; to post-industrial building up of contacts and clients to help with sales, commissions and more. Networking has never been more important or as easy as it is now surely? The world is a smaller place thanks to digital technology connecting us.

In many respects yes, and in other respects no. Being more connected doesn’t always mean better connected.

Surely Marketers are best and Financiers worst? No, not that stereotypical either yet it is true that some industries and specialisms thrive on networking – the acting and fashion/design worlds – I’d wager a huge bet success here are largely about who you know.

And what about specifically for HR professionals? Isn’t networking hard-wired into HR with it being the “people profession”? Not as much as you’d might think.

Isn’t it an extroverts kingdom where introverts just don’t get a look in? Not necessarily as cliched as that either. Networking can be done clumsily, over-eagerly and just downright noisily and that isn’t effective. Considered, genuine, gentle networking is probably the best way.

This piece looks at WHY you should be good (or better) at networking as an HR professional; WHERE you can put your networking skills to good use and HOW you can make the most of networking.

So why should HR professionals be good/better at networking? Sure it IS the people profession so relationships are a key part of the success factors for HR practitioners inside and outside of organisations.

If you’re looking to hire THAT specialist for a role, you often think back to the last time you worked with someone who did that role. Or you tap up someone who you know is supremely networked to share their views on who the industry experts are to look out for. Whilst it’s not about some kind of nepotism or blinkered thinking, having people in your network to either find you the right person or be the right person can take a whole lot of effort and risk out of the situation of a critical hire. Of course there are downsides in that you might not spot that raw talent you don’t know about but if people are good, someone, somewhere will know about them and the more networked you are the more you’re likely to be just a couple of degrees away from that next superstar.

The more connected you are, the more people in your network you have, the more you can rely on someone within that band being a breakthrough thinker; a true ideas generator and likely to stimulate you into new ways of thinking about problems to solve and products/services to create. The more diverse your network (in terms of demographics and experiences) the more likely you are to be connected to an innovation architect/creator.

Not necessarily innovation or breakthrough thinking but capacity/capability to plug and people you know can help you do that. You’re good – sure. But you’re better with other people around and behind you. The bigger your network, the more tightly constructed the network the chances are you’re going to fall over the help you need and not have a tiring and fruitless pursuit for help and support. Technical, psychological, physical, spiritual – whatever format it takes. Your network can be your biggest source of generosity and willingness. You do have to put in to get out, but if you do “put in” and help/support others, the benefits are huge.

More and more of the learning you do is not from formal avenues like courses, academic qualification programmes or even in-house learning, it’s from your network. They know TONS of information; have a massive array of skills and a wide range of approaches and experiences. They can and should become your Personal Learning Network and none of it is manipulative, disingenuous or undeserved. If you get a lot of learning from your network, it’s probably because you deserve it, have generated lots for others and so it’s a payback thing.

So that’s why – WHERE do I start/continue/enhance my network?

In HR there are probably as many if not more than other professional bodies – many HR events are learning-specific events for HR professionals and others. Networking from courses, workshops, briefings and events is possibly the most natural source of networking there is. On top of this, conferences and roundtables are almost built AROUND networking. People go to these events expecting networking and so it’s hardly like you’d have to force yourself on people.

Of course being a CIPD member helps as the local branch structure is – again – built around networking as a key component of all the 4 “why” elements mentioned above. Local branch meetings, events, joint branch meetings/events and online groups provide instant access to local practitioners who may just be the key person in your network to help you and you help them.

Online is the other where – and no more than on social networking platforms – of course! Not everyone’s cup of tea BUT a great place to expand and enhance the network through LinkedIn and LinkedIn groups; Twitter followers and twitter hashtag chats; reading, sharing and commenting on blogs and wiki threads are the modern digital equivalent of “working a room” or “being on the circuit”. It’s clearly not the ONLY place to network but it’s certainly enhanced the “real” world especially for HR professionals with specialist sub-groups and the overarching ConnectingHR network having hundreds of HR professionals connected from across the world together with the CIPD’s 24,000 LinkedIn and 40,000+ twitter followers means this is a very connected place to be.

OK, we get why, and we get where but HOW do you network well?

Probably the most asked question. Some people just don’t feel like they’ve got the right approach, banter or levels of interest to become a better networker.

How is of course linked to how you operate as a human being as well as a professional working in HR. My own tips come from years of going to events, having to work in national and cross-border roles and working in sectors where the more people you knew from across different agencies and organisations, the better equipped you were to get good consultative inputs to new proposals for business models to legislative changes.

Tip 1 – be yourself; natural and comfortable. No need to have rehearsed lines to butt into a conversation or make your mark, just be yourself – introvert or extrovert matters not. The least natural you are, the more likely people are likely to be lukewarm towards you. Think David Brent – then be nothing like him.

Tip 2 – be curious and interested in what others are about/saying and they’ll be the same with you. You may not think you’re interesting but let others be the judge of that. Start from the point that what you do, who you do it for and where you do it from are facts and start the curiosity trail off – if someone says they are an “information architect” be honest and say “sounds interesting but I really don’t know much about that role, please tell me more…” Repeating back a few key words shows you’ve listened and helps the person feel you’ve understood and appreciated what they do. They are FAR more likely to do the same back to you – and who knows, you may just find yourselves experiencing similar issues (tight budgets and low skill levels in your teams) which you share – then bingo you never know how you might be able to help each other out!

Tip 3 – If you need to, be tactical in your networking . You may love to find someone who knows payroll modelling between US and European roles, then scan the guest list at a Comp & Ben conference and see people who work for US/EU corporations or who have the role HR Payroll Analyst in their role title and seek them out. Nothing wrong with focused networking – it’s not insincere or inhuman, just focused and very purposeful. Being honest about it shouldn’t do you any harm and remember the tip 1 to be yourself and honest/sincere.

Tip 4 – Even if you dread approaching people, anchor your thoughts on positive networking experiences you’ve had either as the recipient of a networking conversation or the instigator of one. Enjoying networking and having fun meeting and talking to new and interesting people tends to take the edge of things and creates a naturally comfortable atmosphere. Serendipitous networking often generates way more than you’d expect. Queuing for coffee, reading the pre-conference handout around a tall coffee table, popping the coat in the cloakroom, needing the wifi password – all opportunities to strike up the conversation and move from smalltalk to professional interchange.

Most of all I think HR Professionals NEED EACH OTHER. Yes, we may network within our own organisations yet we all know, there’s a lot of HR practitioners who feel their organisation tolerates them, doesn’t appreciate the function and views it as a policing and compliance only part of the business. So we need to take comfort from other professionals who have experienced this but come out “the other side”; to share spoils and successes so we may model and repeat great practice methods; stretch our thinking (don’t benchmark – stretchmark) to create a truly great company to work for and also feel the solid support of others in our profession who are in it for all the right reasons.

So it’s not what you know, it’s that PLUS who you know and what and who THEY know that really makes the difference.

The clue is in the name netWORKING so if you’re in HR, my advice is get working on networking! 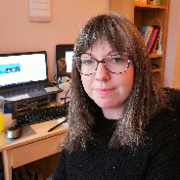 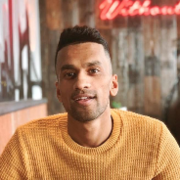 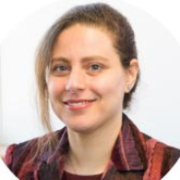