So if you didn’t know, last week I attended the Learning & Skills/Learning Technologies event in London. This wasn’t my first exhibition but it was definitely the most exciting one (so far).

I got my own hotel room with a bathroom and everything!

This was extremely new to me, being away from home and suddenly taken into the middle of the big capital for 2 days.

As you all may already know, I had the opportunity to do my first public speaking gig at the event. Some said that because it was an Ignite talk (21 slides, 15 seconds each slide), it was as though I was conquering the difficult first, but I thought I was conquering the most exciting!

The first day of the exhibition was nerve-wrecking; the talk was the only thing on my mind. I had to concentrate on helping out with the visitors we had at our stand and this was my first time interacting with customers and talking about DPG’s products so I was a bit nervous. I felt as if even though I’ve worked at DPG for 9 months, I hadn’t a clue what I was talking about.

Well, I did really but I didn’t feel very confident in going in to depth with answering all these different questions thrown at me! I decided to start listening in on conversations between the visitors and the DPG team at the stand – this actually worked! I gained a bit more knowledge and felt more confident talking about DPG.

So 3pm finally struck and it was time to begin making my way to Theatre 10. There was already a few people sitting and waiting for the Ignite talks to begin and most of the other people talking were there too. At this point, I already felt a bit nervous but wasn’t going to let it get to me too much. In the space of 10 minutes I managed to remember most of the advice I was given and then finally hit the stage.

I was third in the line-up of doom…

I walked up there feeling like an amateur with my que cards in my hand and began introducing myself, admitting to the audience that I was a bit nervous and that it was my first talk.

All throughout my talk, I tried my best to look out at the audience just like I was advised to. When I finished, I received a great round of applause and made my way back to my seat.

After that, a few people showed up at the stand to congratulate me on my first talk and to give me feedback. All the feedback I received at the stand and on social media was positive!

But I would definitely do it again!

It was an amazing experience and definitely not my last one.

But for now, I’ll leave you with my presentation. 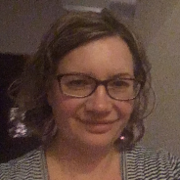