On the HR Zone, I posted the video below the other week and shared it on social media. It was re-shared, favourited and liked a fair amount. That makes me think that something resonated with people.

Every single day we’re making hiring mistakes. That’s according to Gail Tolstoi-Miller, CEO of Career Networx in this Ted Talk video. She’s referring to the unconscious bias that is present all the time. In schools, dating, politics, media and our law system. We all have unconscious bias. Our brains seem wired up to make judgements so to protect us from harm.

This bias exists in recruitment processes too. Isn't it about time this stopped?

I once came across an organisation who briefed managers in a recruitment event to place applications from those that weren’t ‘attractive’ into a no pile. How right could that ever be? There are suppliers out there that provide services to companies which allow them to screen potential candidates on social media to gauge whether they’d be suitable for employment in their organisation. These techniques, in my opinion, fuel the bias problem that exists.

As Gail rightly points out in her video, if we made judgements on people with tattoos, inventor Thomas Edison well known for his impact on X-Ray and motion picture technology wouldn’t have got a look in. The cornerstones of much of our scientific knowledge wouldn’t have got by without Albert Einstein, perhaps a candidate to end up on the no pile due to his wild hair.

It reminds me of the photo that I’ve shared with this blog post drawn by Simon Heath a couple of years ago in relation to a quote from Chief Executive of the CIPD Peter Cheese. The photo reminds me of my best mate who is sadly no longer with us. The blue hair and mohican are the double of him in his peak years although he didn’t have a LOVE HR tattoo! This young man was one of the hardest working guys I’ve ever met. Reliable, knowledgeable, skilled, trusted, courteous, polite and an all-round good egg.

So what, if he had bright blue hair?

And those words 'So What' is the essence of a technique Gail talks about in this Ted Talk.  Using the words ‘So What’ to pause, self-check, challenge our assumptions, remove our own emotional clutter and focus on what’s important in making recruitment decisions.

As Gail says, we don’t see things as they are but as who we are.

I’m interested in your views on the comments below. How do we put this unconscious bias nonsense to bed once and for all? 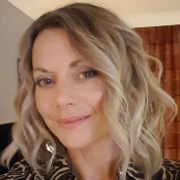 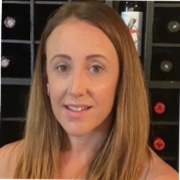