Having long championed the idea of organisations as organisms – as living entities rather than as machines – I have lately become increasingly aware that this is the key to eliminating hierarchy and burying command and control. It also demands a fresh approach to change and is essential for the innovation so vital for commercial – and economic – success. Because organisms only change through evolutionary process.

Consequently it seems logical that embracing change as an evolutionary process will enhance change management initiatives and help any organisation survive and thrive in our fast-changing world. It is, therefore, encouraging to find so many others are thinking along the same lines. But HR will need to step up to the plate.

The words of economist Eric D Beinhocker are particularly pertinent at a time when innovation is becoming a key strategic objective; “Evolution is an algorithm; it is an all-purpose formula for innovation … that, through its special brand of trial and error, creates new designs and solves difficult problems.” More than that, though, he also calls for its application in business; “The key to doing better is to ‘bring evolution inside’ and get the wheels of differentiation, selection and amplification spinning within a company’s four walls.” ‘Bringing evolution inside’ certainly implies the need for a new business paradigm.

This is something long advocated by management guru Gary Hamel, who makes the point that, “The most powerful managers are the ones furthest from the frontline realities. All too often decisions made on an Olympian peak prove to be unworkable on the ground.” You could say that is a statement of the obvious, yet organisations of all sizes and descriptions persist in pursuing such revolutionary change – change initiatives and re-engineering programmes intended to bring about organisational change. And keep employees and consultants alike busy investigating why over 70% of them fail!

That is not all either. In pursuing these efforts, managers also ignore their leadership role and fail to recognise their effect on their employees. Those ‘frontline’ people who are facing the day to day realities end up doubly frustrated, because they know what the correct action ought to have been but have to spend their time, effort and energy on the wrong thing. And HR then spends further resources trying to repair employee engagement! HR can spare itself a huge amount of effort if it focuses on this more pre-emptive process.

In organisms, each and every cell, both individually and as part of a larger organ, is a self-managing entity. This, with the concomitant capability to respond, adapt and change, is what enables the whole organism to survive and thrive. Every cell matters. It therefore seems abundantly clear that, for organisations to become more organic, the people need to be seen as cells and to be self-managing. The minute any individual becomes frustrated due to problems carrying out their work and the inability to address such problems, the effectiveness of the organisation itself is impaired. This inevitably has a compounding effect, inhibiting organisational performance even further. 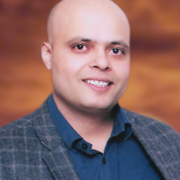 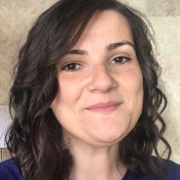