Whether it's to support learning, employee engagement, recruitment or some other activity, more and more of us are expected to support organisations to produce video content. It takes just a few seconds for someone to say ‘let’s make a video’, but it’s the very shortest part of the whole pre-production process that follows. Whether using your own in-house skills to produce video content or you're working with an external provider, it's important that you understand the process of gathering the all important information required.

Taking a video from idea, to concept, through storyboard, production and post-production requires input, collaboration, discussion, debate and most importantly conversation.Here are five useful questions to get that conversation going and get under the hood of what’s needed to make sure the next video production hits the mark.

Why video? What’s the point of it? What is it designed to do? Understanding the goal of a video is critical. How will you know it has been successful if you don’t know what it is supposed to achieve? Is it designed to inform, educate, entertain, sell or something else? There are often interesting discussions that follow on from this question as you get deeper into understanding what the real point of a video is. It also gets those asking for the video really thinking about what they are hoping to achieve and what they want people to do or know as a result of watching it. Every video has to have a point. Make it your mission to find out what it is.

Who is it for?

It’s surprising how a video takes shape when it becomes clear who it is for. The audience is the MOST important consideration when making a video. Engaging with them, relating to them, talking their language, thinking about how you want them to feel, the list goes on. Understanding the audience for a video helps to shape the content of it. For example, if you are producing a training video, you are no doubt going to include different information for new employees than you would for those that have been employed for a while. If you’re producing a video, it’s essential you take time to find out who it is for.

What are the key messages?

When you understand the key messages for a video, you understand where to place emphasis. If you’ve been given a list of twenty key messages, start panicking, unless you’re creating a two-hour feature film! One technique I find useful is considering the key message of a video as being a question. What is the one single question that your audience should be able to answer as a result of watching the video? It’s a good way to get those asking for videos really focussed on the single most important message that the video should convey. You might have one or two additional messages that are need to be included, but make it your role to keep that list to the essential few.

Where will it be viewed?

Often, an overlooked detail, is how the video will be viewed. This question can often save some pain further down the line. For example, if a video will be viewed on a mobile device, it will have an impact on the text that you use. You want it to be big enough to be viewed. It might also inform how the video is interacted with. For example, if you want people to click on a link to a particular website, it might be possible to include a link on one platform, but not another.

How much time and money is available?

There is a whole scale of solutions you can offer up for video production. Which you choose is usually dependent on how much budget is available. I’ve produced videos that have involved high-end cameras, equipment, studio facilities, actors and crews. I’ve also produced videos that have been filmed in their entirety on a smart phone. Which solution you recommend is also effected by the time available too. Understanding the timescales and deadlines will also help you further down the line to shape the plan to produce.

There are many other questions that are needed. These are just five to get your conversations going. The more time you spend on this pre-production conversation getting these questions and more answered, the more time you’ll save and the more likely it is that your video will do what it was intended to do.

Take a look at how DPG brought the story of our new HRM CIPD Level 5 qualification in HR Management to life using this process in the video below. 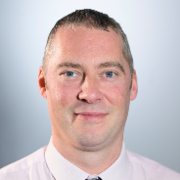 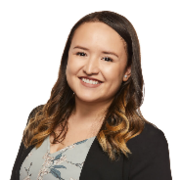 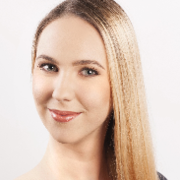