I recently attended a workshop entitled “Getting the most from your Apprentice” hosted by the Apprentice Academy. It was an interesting session that I wanted to play back, as it looked at starting work through the eyes of 16-18 yr old. Without showing my age too much we started the day with a music quiz and the first 8 songs (I knew) were made and released before our Apprentice @Little_Figs was even born! A point well made as what ever you make of the Generation X, Y & Z debate there are differences in attitude, behaviour and expectations of a 16 yr old starting work than anyone else already in the workplace.

We discussed what these differences could be and the conversation centered around 4 key areas and the changes we’d seen in these areas in the last 10 years. These were:

In terms of technology we’ve had the advent of the smart phone and apps plus the meteoric rise in social networks.It’s incredible to think that a 64Gb memory card can now fit on the end of your finger.

Entertainment has changed to become on-demand – arranged around your lifestyle and the rise in reality TV has led to instant fame / celebrity obsessed generation. Internet streaming / downloading has changed the landscape (and industries) of music, TV and film and can you compare a Commodore 64 with a Playstation 4….

For science we discussed breakthroughs in cures for diseases and GM foods, global warming and an aging population as people are living longer.

Finally we discussed a change in attitudes towards things like gay marriage, female vicars and an understanding of other cultures. Growing up in a post 9/11 world and how this would influence how you view the world.

Remember 10 years ago most apprentices were 6-8 years old so growing up in this world I’ve briefly described above will have had a massive impact and a great influence on them. So what does this mean for the workplace?

The conversation then turned to discuss what the needs and wants of an apprentice were and we (rightly or wrongly) used Maslow’s Hierarchy of Needs to understand what this looks like for a 16 yr old entering the workplace. I quite enjoyed this session as it made me question everything I consider to be important and made me look at starting work from a totally different perspective. What are the safety needs of a young 16 yr old and how do their social needs differ to mine? How do you develop a sense of self and confidence in a 16 yr old? These are things that must be considered and thought through in order to make an apprenticeship work and more importantly to coin the phrase from the workshop, “to get the most out of your apprentice.”

Finally we talked about leadership and what were the qualities that people (not just apprentices) looked for in a leader. I’ve got a vested interest here as I’ve talked about the role of leaders in a social age here and taken the conversation further with @JulianStaddon & @MartinCouzins here. @DougShaw1 has also penned a short series on Social Leadership here . It’s something I’m interested in from the perspective of a community manager and how social networks are changing how leaders can be more human, more accessible, become better communicators and inspire change.

Wowsers, quite a list and one that I worked through diligently and thought through carefully. I then came up with my 7 which you can see below:

Unfortunately there was a right answer as this exercise was linked to validated and recent research which I’ll share in my next post. What I’d be interested in if you’re not familiar with the research is thinking through the list and picking out and prioritising what your 7 leadership qualities would be.

Thinking through the change that we’ve had in the last 10 years and how quickly the world is changing around us what leadership qualities are most important and relevant now. What sort of leaders are going to inspire the apprentices that are entering the workplace given the up-bringing and change they have seen in the last 10 years as they’ve grown up.

I’ll share the top 7 according to the research next week but in the meantime – what’s important to you? 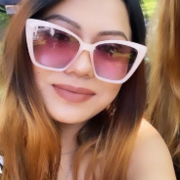