In my first post "On the road to becoming a Google Guru" I described the journey I’d been on that led me to become a Google Technology Advocate. I also detailed experiences from my previous role that allowed me to ‘see the light’ in terms of working smarter and more collaboratively. Every day continues to be an exciting adventure where I can find another gadget, application or piece of information that helps me transform and evolve the way I work with my colleagues.

After the initial implementation and getting the technology in and working, we are now planning the second stage of the project and taking the applications into new areas of the business. The big question we are asking now is ‘How can we demonstrate value and positively change the way our employees work?’

A key part of my role and something that is much more important than I had previously expected is managing key stakeholders and their expectations.  Perhaps ‘manage’ is the wrong word as I reflect on a recent encounter with one of these stakeholders. I was passed by an important and influential PA  (a KEY stakeholder!) only last week and seized the opportunity to start a conversation with every intention of sharing the new found love I have for Google.  Instead of hearing a similar opinion and excitement about using the tools, instead I found myself on the receiving end of a rather negative appraisal that went something like ‘we aren’t getting that, I’ve heard its X@&*!’ Oh no! This is not what I wanted to hear! I was on the back foot a little but knew I needed to respond (and not react) as my
heart was sinking that a key stakeholder was saying such negative things about the very tools I was championing. So calmly I asked why this was the case to find out the reasons behind this apparent smear campaign. It soon became apparent that there had been some negative feedback passed around by someone who shall remain nameless but needless to say had sufficient seniority to be listened to. The nameless one had been a reluctant early adopter who in hindsight had not been given enough care (they would feature as a ‘Risk’ on any stakeholder matrix).  Simple put the only reason why they felt this way about Google is because their cheese had been moved and they didn’t naturally embrace change. So was I railroaded before I’d started? What could I do?  I could sing the praises of Google applications in the vein hope of making them sound great but that didn’t seem enough……

So I asked for 30 minutes of her time to demonstrate the features and benefits of the Google environment. As I planned for the session I knew I had to answer the WIIFM question and focus on bringing to life the real value this change would bring.  During the session I focused on her role and how the tools would save her time, remove duplication and change the way she would communicate with her colleagues. As the session progressed I could see the body language change and I could hear the tone of the voice soften as they moved from sceptic to advocate. Following a rather excitable invite, another PA joined the demonstration and the whirlwind tour was then accompanied with a chorus of ooo’s and ahh’s.  This was better than I expected, they were seeing the potential value and how these tools could be applied to their roles and the improvement they would bring.

I walked away from the session leaving two Google converts, eager to experience this new way of working. I felt confident that the initial negativity and resistance had been turned around and I had two more Google advocates spreading the love. I also reflected on how little was needed in the first place to harbour a bad impression and how negative reactions and rumours can spread and influence people.

It reminded me of a quote I heard once and remembered ever since.

‘Technology enables relationships miles apart but only an inch deep’. No matter what I am trying to achieve in advocating and championing new technology the power of the personal touch is key to success or failure.  All my enthusiasm is worthless if I don’t involve the very people I’m looking to help and influence their thinking. I’m positive raising awareness and answering the WIIFM for those involved in this brave new way of working will mean they become advocates themselves; after all it’s only through people and not technology that real change will take place.

And so the journey continues and I’ve already booked my demo session with a certain you know who….

When have you ever received negative feedback on something you’re trying to change?

How did you address it?

What top tips have you got to positively influence the people you work with? 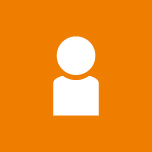 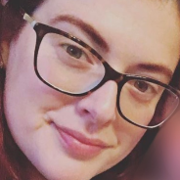