I would imagine the majority of the population when asked this question would cringe and think back to that moment when they first experienced eLearning.  I remember it well. Half asleep, listening to the most boring narration of a million words on the screen.  The most exciting part was the "click next to continue" phrase, exciting only because it meant I was one step closer to the finish line and the pain would soon be over.  At least in 473 pages time! (I love exaggerating sometimes!)

Then the end of course test came along, and by process of elimination often with some rubbish multiple choice questions with some obviously incorrect answers I would fudge my way through to a pass mark. Maybe I learned some things along the way. How much content slipped past me however I have no idea.

The reason I got into eLearning is I despised it so much!

Yep that's right.  Despite my slightly geeky nature and love of technology that's exactly the reason I got into eLearning. I just hated it so much. It's probably because whilst I love technology, I also love people too. That's where the issue was. On one side of the scale you have technology and on the other you have people. The scales can't tip too much towards technology at the cost of dis-engaging people; that's not right by the standards of any sane L&D professional I feel. But historically, that's what eLearning has done. All we have had across every industry has been mind-numbingly boring and disengaging eLearning. I figured all those years ago there had to be some better, more engaging ways of delivering eLearning. After all, we can't really ignore the COST, TIME, CONSISTENCY benefits that eLearning brings about. There had to be a better way... L&D professionals working in collaboration with the clever technical developers had to be the way forward.

That was almost ten years ago now and my view hasn't changed.  Actually, neither has most eLearning. It's seems to be slowly creeping in the right direction, but not at a pace that is quick enough to keep up.  Ok, learning from a computer is never going to be as engaging as learning face to face, I get that.  But if we're seriously going to continue using eLearning, particularly for future generations, the production of it needs to be so much better than it has been and on a whole different level.  Better visuals, better sound and much better interaction.

And at the heart of this production and at every stage of every course development should be an L&D professional who guides the entire production on the learning aspect and learner experience.

The future of eLearning now? It's all been really interesting and I've been pleased with the output of each course. But keeping my critical eyes and ears open, there's always one question we ask. How can we make this better next time? How can we make the next course the best ever? And that is what keeps the bar moving higher and higher.

Most eLearning producers are still very old school. Most are playing catchup up. I'm just lucky enough to be working with the best. And when you do work with the best, the future of eLearning really is now....

Click here and watch this video - It's a short introduction to a course, but when you consider this is the style that features throughout, you'll see exactly what I mean.

Let me know what questions you have..... 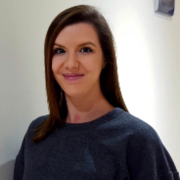 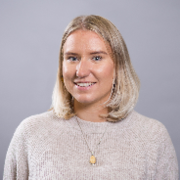 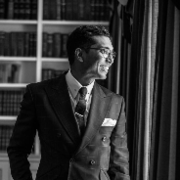