`Employee engagement` - what do those words suggest to both an employer and employee?

To an employer, it could mean an inward sigh at the thought of trying to engage its employees, especially if this is a problem area within the organisation.  If this is the case, it could imply a lack of enthusiasm at the concept of trying to motivate its staff and the difficulty in maybe achieving this.

To an employee, who, as well, inwardly sighs at these words, could mean they are not fully absorbed by and enthusiastic about their work or, simply, see these words as the new `buzz words` used by employers.

Is employee engagement more than just a buzz word?

I did enjoy the speech from the ITV chairman and former head of Asda, Archie Norman, who told the story of bored checkout ladies from Asda and how disengaged they were because they were working on the checkout.  His speech summed it up “people come to work to shine and it is our job to make them shine”.  I think these words are phenomenal in their context to show that, regardless of an individual’s role within the organisation, they are valued and the organisation will do everything they can to make them “shine” and engage them.

Engagement is not about an employer spending lots of money or being extravagant; it is about engaging, recognising and rewarding staff.  Employees hear all the time that they are the organisation’s most important asset; however, everyone should be made to feel valued in their own right and not just as an `asset` for the organisation’s purposes.

Engagement could simply be having a quick weekly catch up with your employees, going out for team meals or a drink, a quiz night or simply asking employees how they are.  A shocking example of an employer not personally engaging with its staff was displayed in a conversation I was party to recently.  An employee was talking to his Line Manager (of 3 years) and was complaining that he didn’t think that he had bought the right present for his wife for their 2nd wedding anniversary and was thinking of returning it.  The employer looked at the employee puzzled and had replied “I didn’t even know you were married”.

On attending an employee engagement seminar thereafter, I liked the thought process behind a game we played.  It is easy and fun and is a good way for employers and employees to engage and get to know each other better.  It is better to do this in smaller groups, so, preferably, into each respective teams, as follows;

* Sit in a circle, facing the centre and ask everyone to take 5 minutes to come up with two truths and one lie about themselves and write it down.

* As Line Manager, ask each employee, in turn, to read out their two truths and a lie. This could relate to something in their personal life or at work.

*  Allow the rest of the group, including the Line Manager, to ascertain what is truth and what is lie about each employee.

This is a great way to get to know your staff better and engage with them and, hopefully, prevent any future employer being party to the extremely awkward conversation I had experienced! 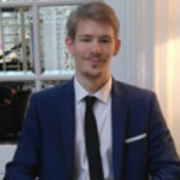 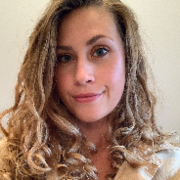