At Optimus Sourcing we like to read all of the research reports based on the Learning and Development industry in order to keep up with current developments so we can adjust our services accordingly. However we are aware that whilst most people would like to do the same, very few people are able to actually make the time to read some of these lengthy reports. We have summarised several of these reports for you in the past but we have decided to make one document that covers the industry as whole so you can update your knowledge in a short amount of time.

This area of L&D has undergone a huge amount of change due to rising technologies. MLearning is one of the largest developing areas at the moment with Towards Maturity[i] claiming 25% of top learning companies are either currently using or developing learning apps and they predict this to continue to grow. 62% of respondents said they were using mobile devices to access learning content to support formal learning. In terms of its success so far, 42% of users say it has increased L&D participation in their staff and 47% reported additional business benefits. However, MLearning also faces sizeable barriers including cost, security issues as well as staff not being skilled enough to use it.

The CIPD report[ii] on Learning and Talent Development also studied this area. On-the-job training, in-house development programmes and coaching by line managers were ranked among the most effective L&D strategies for the last five years. They were almost the most common along with e-Learning methods. This report also found that the most expected change over the next 2 years will be the increase in coaching, particularly the integration with internal organisational development. Meanwhile, whilst still only representing a small amount of learning, eLearning is expected to increase year on year especially when used in conjunction with other methods, where it is viewed as most effective – a view backed up by Cox eLearning Consultants[iii].

The Aberdeen Group[iv] agrees with the CIPD that Instructor led training is still the most popular and on-the job training, coaching and the blended approach are still popular, however they found the learning technologies to be much more popular with 77% of companies using some sort of eLearning. This higher level of popularity is backed up by learndirect[v] who found that 20% of the average company’s L&D budget is spent on technology with Bersin[vi] placing it closer to 15%.

Frost and Sullivan[vii] are another that agrees eLearning is widespread. They found that online learning has increased by 21% – far surpassing the student growth over the same period of 2%. They claim that more and more learning is being done socially using social media and apps. They also found that the idea of ‘flipped classrooms’ is increasing in popularity rapidly. This is where students read the material out of class and then discuss it and apply it once in the classroom.

The overall view of the current economic situation varies slightly from report to report. The CIPD found that only 8% believed their economic situation had improved over 12 months, half of the public sector and a quarter of the private sector had seen reduction in funds and resources. Also the median annual training budget per employee is £303 whilst the median training hours per employee were 25.

Bersin meanwhile found a more positive view of the industry. Although training spending declined by 12% on average and large businesses cut training headcounts by 5% in 2012 – the average training spend per employee was found to be a much larger £838, a growth of 3% since last year.  Specifically, large companies are suffering the worst followed by medium and then small companies. 66%, 52% and 27% of companies in each sector respectively reported budget cuts in 2012. These figures have led to many larger companies turning more and more to cheaper, eLearning alternatives.

The need for leadership training comes from the large perceived skill gaps in leaders in both performance management as well as coaching skills – the latter of which is seen as the biggest barrier to increasing coaching. With internal coaching becoming more popular, more companies are looking to lower this barrier by training their leaders to be more capable of coaching (CIPD 2013).

The need for personalisation also came out of the reports. With eLearning on the up it is becoming increasingly more viable to have tailored training courses for each individual learner taking into account what they already know and don’t know as well as their learning style. Bring your own device also is another issue to come from the eLearning and Mlearning’s rise in popularity – it is yet unclear how many companies will be purchasing their own devices ready for training sessions and how many will expect candidates or trainers to provide their own (Bersin 2013).

Bersin also found 25% of UK companies use blogs and social media in training efforts, and even more use communities. UK organisations are still in the early stages of experimenting with these tools to see how they can be used effectively in a learning environment. Bersin believes that the evolution to informal learning will be of a similar magnitude as the switch to e-learning that began more than a decade ago. 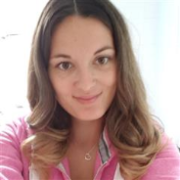