The picture below shows my artistic scribblings on a table cloth from the (now not so) recent Connect HR Unconference “The power of a social engaged organisation“.

We were asked to write things down for the afternoon sessions that would give us some meaty topics to discuss.You can see from what I wrote the sort of things that were going through my head at the time. The thing that stands out and what I wrote in bigger writing with a squiggly circle (symbolising importance of course) were the words “You can’t force social”.

So a few months on and now in new employment, do I feel the same? Well actually no I don’t. I believe you can force social, in fact you must, otherwise it’s not going to happen and things will not change now or in the future. I know the cliche, “You can lead a horse to water but you can’t make it drink” but who’s leading the horses?

If given a choice, it’s easy to choose not to do anything, it’s easy to leave things the way they are, driving and managing change is difficult in any setting. Making change happen is relatively easy compared to making change stick.

When the change in question is encouraging adoption of social tools however, you’d be forgiven for thinking that this would be easy. After all over 700 million people use Facebook, millions of people use Twitter, YouTube and LinkedIn so the knowledge of using these tools and what benefits they bring is out there. People have the capability to use these tools and many do so every day in their personal lives. So why is the shift to using these tools to work, to learn and to share in a professional capacity so difficult?

I wrote about the hardships of encouraging the use of networks in the workplace recently in WARNING socialnetWORK AHEAD. The post came about after working on an online team community for over 12 months, I was told at times by my colleagues to stop going on about it and at one point was told quite openly in a meeting to “give it a rest, we get it you don’t to keep going on about it”. Looking back I had enough eye rolling moments and “here we go again's” to last a lifetime but it served as inspiration rather than anything else. This was a team of Learning & Development professionals and it was hard going making breakthroughs but they came at different times through different people. As I left the organisation the same community had grown and matured. It was being used by a much larger number of people and the person who had benefited from it the most and provided the most value was a certain Mr “give it a rest Mike”.

It’s fantastic to see people who were once sceptical really benefit from using social tools to engage with others and to achieve things that they couldn’t have done without them. The light bulb moments rock!

So what prompted the change in this particular person?

This person found the need. The network provided a means to connect and talk to people that were directly involved in their work. It enabled suggestions and feedback to be collated from a large number of people in a very short space of time. Improvements were made in days rather than weeks and people across the team were able to give their ideas and opinions on things that mattered to them. Feedback before had been collated in silos and rarely acted upon. This was different, it was open for all to see and as a result things happened. Social added a layer of accountability and credibility and those who had something to say and could add value started to appear.

I’ve written about the importance of finding the need and demonstrating the value in relation to using something new or different before. This is just as critical when it comes to changing work practices, learning habits and traditional communication channels when using social tools.

You can’t force people to be social but guess what, you don’t need to, people are social by their very nature. It’s what comes with being human so that shouldn’t be our aim or focus, instead our aim and focus should be to create conditions and means for people to connect in the workplace or in communities where a common goal, objective or interest is shared. To show them the possibilities and help people find their own need that in turn provides value for them.

Here is another cliche “You don’t know what you don’t know” and this is why we must force social technologies and practices in the workplace or  to educate and raise awareness where there is currently little or none. I joined the latest @chat2lrn Twitter chat last week entitled What Will Training Departments be doing in 2020, I only made the last couple of questions but I recommend you check the transcript.

2020 is only 8 years in the future and think back to 2004 have things really changed that much? I was having a chat with @lesleywprice of the Learning and Performance institute and Lesley mentioned she was using a Virtual Learning Environment in 1998. So whilst somethings have undoubtedly moved on they haven’t moved onto to the point where social is part of what we do. What it is and what is does is still misunderstood, misrepresented and not recognised as the power that it can be.

So what’s the answer?

Be open to change and trying something different. Don’t be afraid to introduce your beliefs that social is good and share your ideas on how the tools can be used to drive value. Engineer those conversations with IT, HR, Operations and people who openly admit “I don’t do technology” or “I don’t get these social tools” even if they are your managers or senior leadership teams. Challenge those who resist and look for opportunities to introduce social technologies to support your current team, your current project, your next learning solution. Be the positive disruptor, role model and lead from the front, even if it means starting small you can demonstrate the benefits and begin to create the sort of cultural shift that WILL make 2020 feel different.

With DPG using a social community to support CIPD programmes it's going to be an interesting journey as people new to Learning & Development and Human Resources will see how social tools can support learning and collaboration and provide a much more open way to communicate and share amongst each other. It's about building confidence and capability in using these tools in a professional context and I for one can't wait to see where the journey takes us.

I'd be interested in your social journey so far and understanding is social tools are being used in your organisation?

How are they being used and what has your experience been like so far? 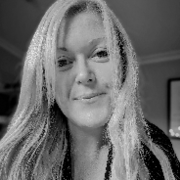 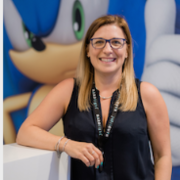