‘Learning teams need to be thinking more like marketing teams’ according to award winning business journalist and curator Martin Couzins. Talking on Learning Now TV last week, he dissected the ‘Science of Attention’ report recently released by Prezi. The report looks at how people engage with content from a content marketing perspective but there were some striking similarities between how we should be thinking about learning content.

The three most common barriers to engagement with content according to the report are:

'Think about those three things in terms of what you’re churning out in your team currently’, Martin said. ‘Could it be that you’re guilty of the same crimes of just not helping your learners to engage with [content] that you’re actually putting out there?’

A significant number highlighted in the report was that 80% of people can’t remember details after receiving information. Whilst Martin did point out that some of the reports findings we generally already know, he shared some useful information from the report in respect of what L&D teams can do about it.

Ask the audience what might be useful – It’s been said many times by several people that the first thing we need to do as L&D teams is identify the problems people are having and the things they need to do their jobs better. It’s simply a case of asking the question.

Increasing motivation by adding rewards – This doesn’t necessarily mean actually giving people a reward, but to use titles to reward people making it clear what the benefits of a particular piece of learning are. For example, what you will get from the content is ten facts about…, or how to do….. so people know what they’ll get by consuming material. These are common techniques used by marketers but how often are they used in L&D?

Better targeting – Understand who  you users are and think about how you’re going to give them the right stuff.

Quality over quantity – Because people have too much content to consume. It’s about segmenting, chunking down and giving the right amounts. Perhaps it's about dividing information into a journey rather than a one-hit approach.

I’m interested to hear how much your learning team are thinking like marketing when it comes to learning. Perhaps you’re doing this already, or perhaps the information shared here has got you thinking.

What do you think? Do you agree with Martin? Should learning teams be thinking more like marketing teams?

You can see this interview plus more great learning and development TV content by signing up free for Learning Now TV. You can also find the report Prezi report on the slideshare below: 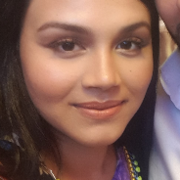