It's always an exciting time to join a new organisation, but it's even more exciting when that organisation has just had its most successful year and is celebrating their 21st birthday two weeks after you start.

That is the position I found myself in when I decided to leave my previous role at Direct Line Group and join DPG plc earlier this month. I was 13 years old when DPG was created by a team of entrepreneurs in 1991, Cameron Robertson (left) and Cliff Lansley (right) are still involved as Directors which gives you an idea of the sort of culture and values that makes DPG what it is today. At 13 years old I had no idea that I would have my first dealing with them 15 years later in 2006, but more on that later.

I'm sure you'll agree 21 years is a long time, especially in business and having the ability to evolve and deal with change is something that some businesses don't grasp; needless to say they don't last long let alone 21 years. Change is the one thing you can rely on in life.

I've gone through a big change moving from an organisation of 15,000 employees to a much smaller organisation. Even more so that the organisation I've left was going through one of the largest transformation programmes in the UK. Change is as good as a rest as they say and I've never been one to rest on my laurels so I went in to this new adventure with arms open and with the same positivity and enthusiasm I've applied to everything I've done.

To say I'm enjoying the change and new challenge is an understatement and I've joined an organisation that has made me feel very welcome. In fact scratch that, I've joined a team of people who have welcomed me with smiles, laughs and support (and a bit of banter) and it's this personal touch that has run through DPG and everything it has done since its inception.

So what happened in 2006? Well I completed my CIPD Certificate in Training Practice (CiTP) with DPG so I owe them my first glimpse in to Learning & Development. It was a great journey that ended in a distinction but started a career that now sees me working with DPG laying the foundations for the next 20 years. When I was studying my CiTP with DPG, I wouldn't have thought in a million years that 6 years later I'd be working for them but life is funny like that sometimes. You never know what hand you're going to get dealt, you've just got to play the cards the best you can and make the most of opportunities that are presented.

My only contribution to DPG so far has been to pass one of their CIPD programmes and to champion them as a great training provider. I can't take credit for any of the success they have had over the last 21 years and the way they have consistently delivered excellent products, programmes and fantastic customer service.

What I can do however, is contribute to their continued success and offer them the same level of commitment they showed me 6 years ago. I'm bringing a fresh perspective and different ways of doing things, leveraging my knowledge of community development, learning technologies and new (and old) media against the Learning & Development, HR & Management expertise that DPG already holds. I'm excited to be in a role that will provide the freedom and encouragement to continue to make changes that will offer our customers something unique.

We're not 21 years old we're 21 Years Young and we have lots to celebrate and lots to look forward to. 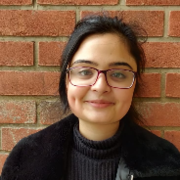 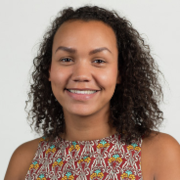