Not just brilliant films that I love, it is my digital responsibility to hat-tip this momentous occasion. Back to the Future Day; 21st October 2015. It’s the day Marty McFly (Michael J Fox) and Doc Brown (Christopher Lloyd) time-travelled to at various points in the trilogy of films back in the eighties. It’s official, the future is now!

I remember as a kid being impressed by the futuristic world that the writers (Robert Zemeckis and Bob Gale) led us to believe we would be living in by today. The big screen TV on the wall showing loads of channels and used for video conferencing. The suggestion that hands-free gaming and wearable technology similar to Google Glass would have been invented by now. Biometric fingerprint scanners to unlock doors and taxis that could be paid for using some sort of mobile device. Video drones taking snaps for the media whilst outside the clock tower, Doc met Marty showing him information on what looked like a tablet. Back then, it all seemed pie in the sky but all these years on, it’s pretty cool how accurate the predictions were.

But organisations have not all moved along this technology continuum at the same rate. There are those that are really embracing technology to support learning, connect people and keep a healthy flow of knowledge circulating around the workforce. Then there are those stuck in the past. Those that don’t use social tools in case people say the wrong thing.  Those that don’t use computers for learning solutions, because no-one ever learns anything from a computer. They are the ones on lock down to prevent access to the outside world ‘just in case’ probably delivering the same material, in the same way that they have done for years, with the same old results. Those that don't have frameworks, tools and culture in place to really get collaboration at its best.

I’m sad to say that some of the worst offenders I have come across for this dated thinking lie within HR and L&D, the very people that should be leading and embracing these developments. I worry about the longevity of those people. Unless I’m missing something. Is there still a place for fax machines, Betamax video tapes and Tipex?

It’s simple. Our people need to grow and develop if we expect our organisations to do the same. If the way our people learn, connect and share today is different to years gone by, organisations need to adapt. Our people are embracing this stuff outside of work, why not inside too? Whatever the next 30 years will bring who knows, but there is one thing for sure. Plenty of technology that has been around for years and isn’t shiny and new anymore isn't being used to it's fullest potential by all.

How do we ensure our organisations are ‘Back to the Future?’ 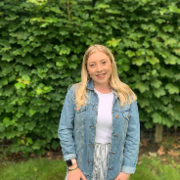 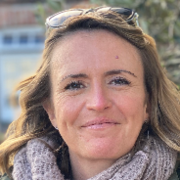